Dr. Edgell takes message of re-imagining entrepreneurship on the road

Dr. Edgell takes message of re-imagining entrepreneurship on the road 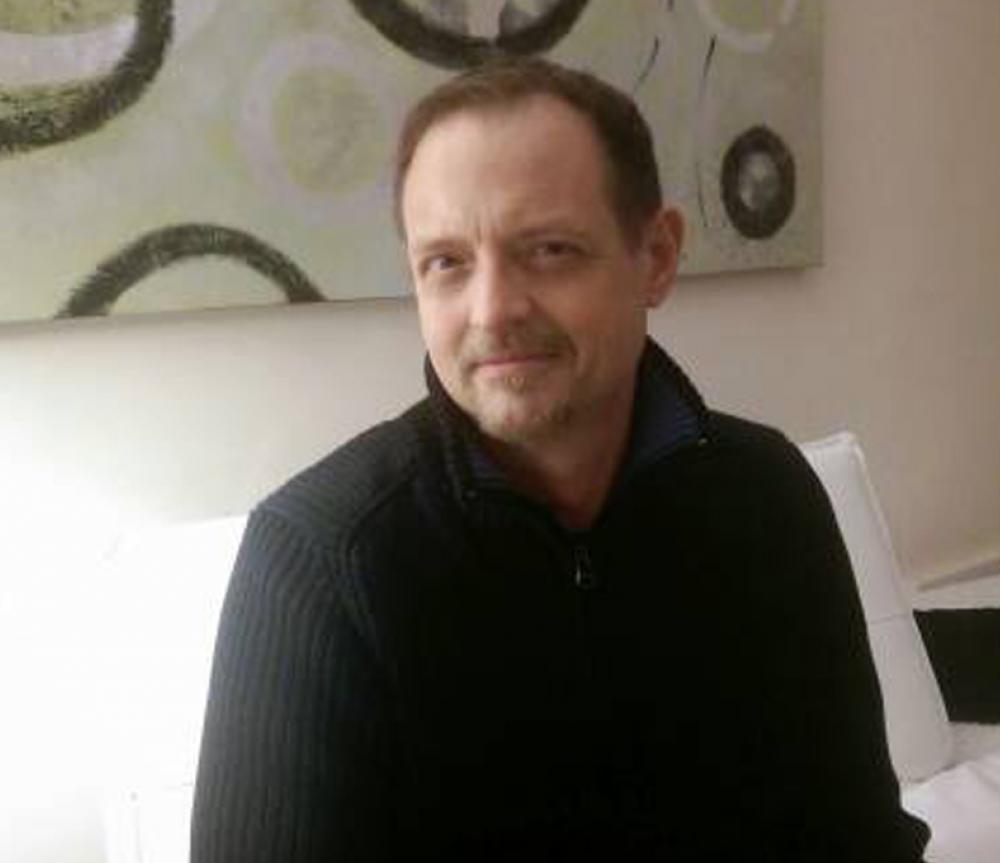 The idea of re-imagining the way the world thinks about entrepreneurship is nothing new to Dr. Robert Edgell. The Interim Dean of SUNY Poly’s Department of Business Management has made it a central theme of his work since joining the institution.

It could be seen in the ideas generated at the Innovation Challenge Central New York (ICNY) event he launched, in which student teams from various institutions compete to help a region solve its social, environmental or economic problems in new, fresh, and innovative ways.

And it was certainly evident as he and Dr. Daryl Lee, SUNY Poly Associate Professor of the Humanities and Coordinator of Interdisciplinary Studies, were awarded a National Endowment for the Humanities award of nearly $100,000 to create a new minor at SUNY Poly—Creativity and Ethical Venturing (CEV)—connecting the contributions of the humanities to creative thinking and ethical reflection with the applied knowledge of business and entrepreneurial education. The minor is designed to cultivate students’ ability to envision and engage problems and opportunities, conduct interdisciplinary inquiry and research, develop creative solutions, and realize those solutions as potential ventures.

Dr. Edgell believes the string of successes stemming from that initial ICNY event are due in part to the usefulness of the data collected and to the positive reception by students, referring to it as a new, emerging zeitgeist reflecting a hunger for better ways of conducting economic life.

“Some are seeking to transform capitalism from its traditional basis of consumption to a new focus on contribution, which would engender greater skilled capacity, equitable social participation, and general economic vitality. It seems that ICNY and other related initiatives such as the Creativity and Ethical Venturing minor and the Joint Center for Creativity, Design, and Venturing are right for the times.”

Deeply concerned that entrepreneurship has been misconceptualized as an isolated, lone activity in which a gifted entrepreneur is motivated by intense self-interest to create new ventures through single-minded decisive manipulation of resources, Dr. Edgell is now taking this message on the road.

“The most troubling aspect of this dominant view is that it is not robustly supported by empirical research. How can rust belt or de-industrialized communities make economic progress if civic leaders and others are guided by faulty views? I posit that if these communities are to reverse fortunes then they must rethink their assumptions about economic vitality and entrepreneurship.”

And he’s taking this approach to the communities themselves, with several engagements to connect with new audiences and help them rethink the way they approach business and entrepreneurship, as well as the lens through which they view it.

“I, along with my colleagues, view the essence of successful entrepreneurial venturing in a re-imagined way. In this new view, entrepreneurship is not centered on what [Authors and Information Systems Professors] Richard Boland and Fred Collopy have characterized as a decision attitude (optimizing selection from a given set of options) which dominates traditional business education and practice, but rather a design attitude which focuses on investigating underlying assumptions in an effort to creatively generate options that enhance life for others. Further complicating economic venturing challenges in rust-belt communities is the related phenomenon of outmigration or brain drain—the loss of educated, achievement-oriented young adults who may have the general cognitive and physical capabilities and long-term interests to change local institutions. For many rust belt regions, brain drain has become a predictor of further de-industrialization. However, our research indicates that exposure to design culture may not only give young adults more entrepreneurial confidence, but also reinforce their perceptions of opportunity in local communities.”

Locally, Dr. Edgell spoke to the Mohawk Valley Economic Development District on September 27 at the Canajoharie Golf and Country Club to address the District and share his thoughts and an assessment of the region’s present, along with a vision for the future.

In early October, he takes his ideas north of the border to the International Atlantic Economic Society’s 84th International Conference in Montreal, Canada.

Formed in 1973, the IAES states that their mission is to facilitate communication among economists and financial specialists by promoting the field of economics globally; and to foster the intellectual development of professional economists and others interested in economics by sponsoring and publishing articles for international dissemination.

In his  presentation and paper, Dr. Edgell posits that a capitalist system with weak government policy and weak intervention in developed nations has a detrimental effect on both economies and regions. This is the opposite of the often presented case for ‘low-to-no governmental regulation and involvement’ as an economic remedy. These philosophies, according to the research of Dr. Edgell and his team, actually diminish economic vitality, shrink populations, increase urban decay, de-industrialize regions, and increase political hostilities.

“Our theory proposed that giving students the concrete means to create positive civic options in situations where no existing or obvious options seem adequate might induce more confidence, ability, and willingness to take risk when compared to traditional management decision attitude approaches. Our empirical data collected over three years supports this conclusion. Through ICNY design culture treatments, we exposed students to a structured, intensive, and experiential process adapted from the work of architects and other designers.”

That process includes the deep immersion of designers into their subject as they search for meaning, which Edgell describes as important precursors to problem solving and forming ideas. That immersion can include visualization through scale models, drawing conceptual maps, diagrams, and gaining insight into the varied needs of others in order to develop shared meanings. According to Dr. Edgell, gaining first-hand comprehension of and proactively taking collective creative action on complex social issues results not only in increased awareness and sensitivity to those issues, but a shift in perception and attitude toward it, removing the mystery and making it a more tangible, solvable challenge to take action on. It’s something he hopes can spread far beyond the walls of campuses and can take root throughout communities, where they can grow and flourish into a brighter future to the benefit of all involved.

“I am pleased that our work is making a positive contribution as evidenced by the growing interest of others. It is my hope that elected officials, policy makers, educators, and citizens aiming to taking positive action on civic challenges such as de-industrialization and outmigration engage in discourse about our findings, reflect on current policies, and experiment with exposing both students and others to similar design culture treatments.”